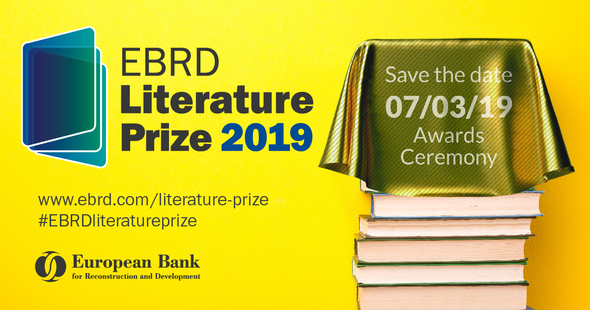 The EBRD is pleased to announce the launch of the EBRD Literature Prize 2019, in partnership with the British Council. The Prize will recognise the extraordinary richness and variety of cultures and history in the EBRD region – a region stretching across central and eastern Europe, Central Asia, the Western Balkans, Turkey, the southern and eastern Mediterranean and northern Africa.

The EBRD Literature Prize 2019 will be awarded to the year’s best work of literary fiction translated into English and originally written in any language of the EBRD’s 38 countries of operations and published by a UK publisher.

The Prize is one of the few international literature prizes which recognises both author and translator. It highlights the importance of the writer in voicing the hopes, aspirations and challenges facing people across our regions. But just as importantly, the Prize acknowledges the talent and key role of the translator in making the stories from these countries accessible to the English-speaking public.