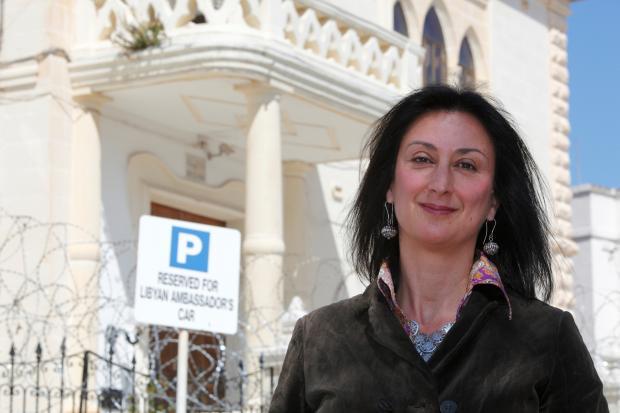 Each time a journalist is killed, a pillar of democracy crumbles, says OSCE Representative on first anniversary of Daphne Caruana Galizia’s murder

VIENNA, 15 October 2017 – On the eve of the first anniversary of the horrific murder of Maltese journalist Daphne Caruana Galizia, the OSCE Representative on Freedom of the Media Harlem Désir recalled the need to better ensure the safety of every journalist in the OSCE region, and called on the Maltese authorities to ensure that all those involved in this killing face justice.

“One year later I am still deeply shocked and outraged by the killing of Daphne Caruana Galizia. When an independent, investigative journalist is targeted with violence, our democracy is also targeted,”, said Désir. “Daphne has become a symbol for all journalists who investigate, report, criticize, express dissent and hold the powerful accountable. She has become a symbol of courage.”.

Daphne Caruana Galizia died on 16 October 2017 when a bomb in her car was detonated as she was driving from her home in Bidnija, Malta.

“We must honour her memory by continuing her work – following the example set by her colleagues with the Daphne project. This is a powerful pledge that nothing will stop the work of courageous journalists like Daphne. By honouring her memory we defend the safety of journalists and demand that authorities investigate each threat, combat impunity and respect media freedom everywhere,” said Désir.

In December 2017 Désir welcomed the arrest and bringing of charges against three suspects in Caruana Galizia’s murder investigation.

“To honour her memory, justice must be served and all those responsible for her death must be brought to justice and convicted. This is paramount to defeat intimidation and corruption and to preserve a free and open society.”