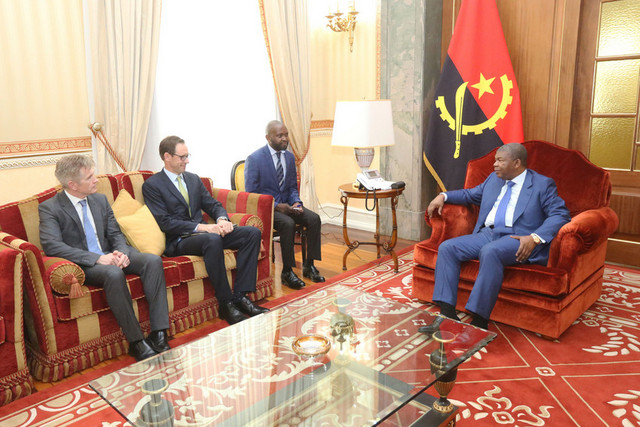 Luanda – The production of diamonds in the country and the participation of the South African company De Beers in this process were under analysis today, in Luanda, at a meeting between the Angolan Head of State, João Lourenço and the chairperson of the group, Bruce Cleaver.

At the end of the meeting, Bruce Cleaver told the press that in a “constructive and accurate” way, matters related to the diamond sector in general were analyzed.

On the measure of the Angolan Government that ended the sale of diamonds to preferential customers, the manager applauded the initiative, noting that it waits only for the regulations of the decision.
It is a measure that allows diamond companies in Angola to freely sell up to 60% of production. The decision ends the previous regime of preferential customers.

He said the South African diamond company was pleased to receive information on the Angolan President’s invitation to the group to contribute to the country’s diamond production.

Residual presence in Angola since 2014

Following the announcement of the return to concessions in 2014, which did not materialize, the giant of diamond business has a residual presence in Angola, reducing the number of employees to 15 employees, out of 280 in 2012.

At stake is the lack of concessions for the exploration of the “precious stone”, issued by the National Company of Prospecting, Exploration, Lapidation and Commercialization of Diamonds of Angola (Endiama).

With Alrosa, the Russian company in the diamond sector, it is one of only two multinationals operating in Angola in this segment.

The recent changes made in the mining sector by the President of the Republic, João Lourenço, namely the appointment of a new Board of Directors of Endiama and the fight against monopolies, can result in getting foreign capital that the country needs at this moment.