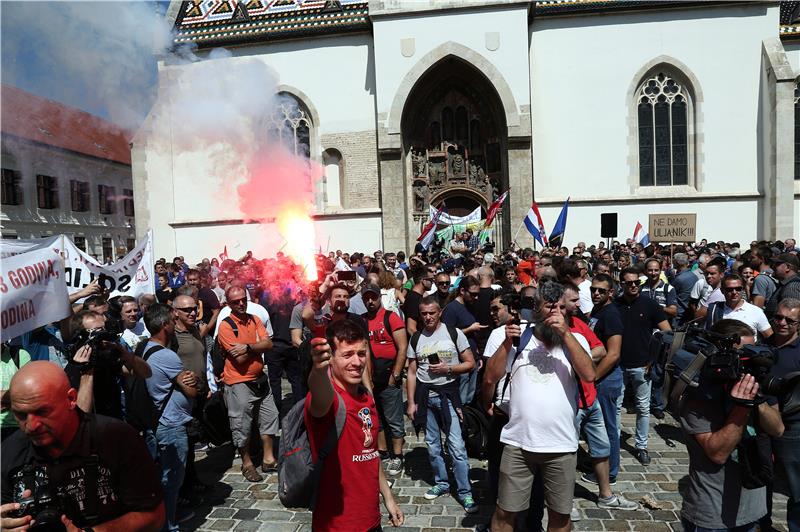 Dock workers’ protest outside gov’t over, strike still on

A protest staged by workers of the Uljanik and 3. Maj shipyards outside Government House on Monday ended around 1.30 p.m., after which the protesters dispersed and the president of the SSSH union federation, Mladen Novosel, said a strike in the two docks would last until wages for July were paid.