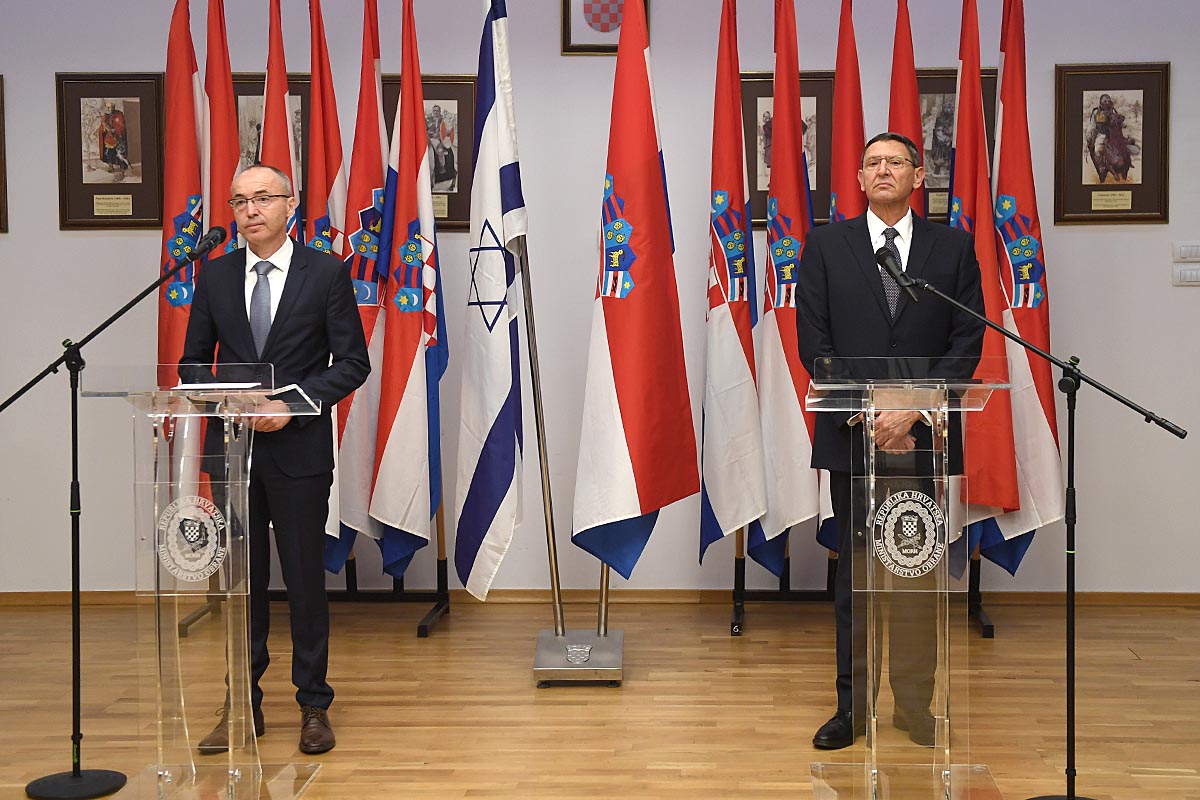 A delegation of the State of Israel, headed by the Director General of the Defense Ministry Udi Adam, paid an official visit to the Republic of Croatia on Thursday, 10 January 2019.

The official talks addressed the multi-role combat aircraft procurement project and the bilateral defence co-operation between the Republic of Croatia and the State of Israel.

The Deputy Prime Minister and Defence Minister Damir Krstičević in an official statement said: “After consultation with the Israeli delegation, I can relay to you that the State of Israel has contrary to the taken responsibility unfortunately officially informed the Ministry of Defence that it is unable to receive the adequate TPT approval for the delivery of Israeli F-16 Barak aircraft to the Republic of Croatia.

In light of that fact, the Ministry of Defence will suggest appropriate steps to the Government of the Republic of Croatia.

The contract between Croatia and Israel has not been signed and there has been no financial damage to Croatia.

Croatia has led this extremely complicated process systematically and responsibly from beginning to end, with only the Croatian national interest as guideline.

A transparent international tender was held to select the multirole combat aircraft, which had clear criteria and provided the same conditions to every party involved.

We have done everything correctly and there is no responsibility on the Croatian side for this unexpected complication, nor was Croatia able to influence it. We have asked the right questions and received the appropriate guarantees.

I want to reaffirm that Croatia still has the political will to keep its combat air force capability, developed during the Homeland War. I am convinced that Croatian Government will find a way to fulfil this goal.”

The Director General of the Ministry of Defence of the State of Israel Udi Adam in the official statement of the State of Israel said: “The Ministry of Defense attributes the utmost importance to the enhancement of our bilateral relations. In this context we initiated the F16 fighter jets project embedded with Israeli know-how and technology. This project was carried out in accordance with professional standards in the framework of a government-to-government agreement between our two countries.

Regretfully the conditions were not ripe and we were unable to secure an adequate TPT and realize the project due to unanticipated circumstances beyond our control.

Throughout the project, Croatia and Israel engaged in an open and professional dialogue. Croatia demonstrated professionalism and proper judgment at every stage of the process. Croatia could not have influenced this outcome and cannot be held responsible.

Israel’s Ministry of Defense looks forward to further developing fruitful relations with Croatia and we shall make every effort to deepen our relations in a broad range of areas.”

Ministry of Defence of the Republic of Croatia