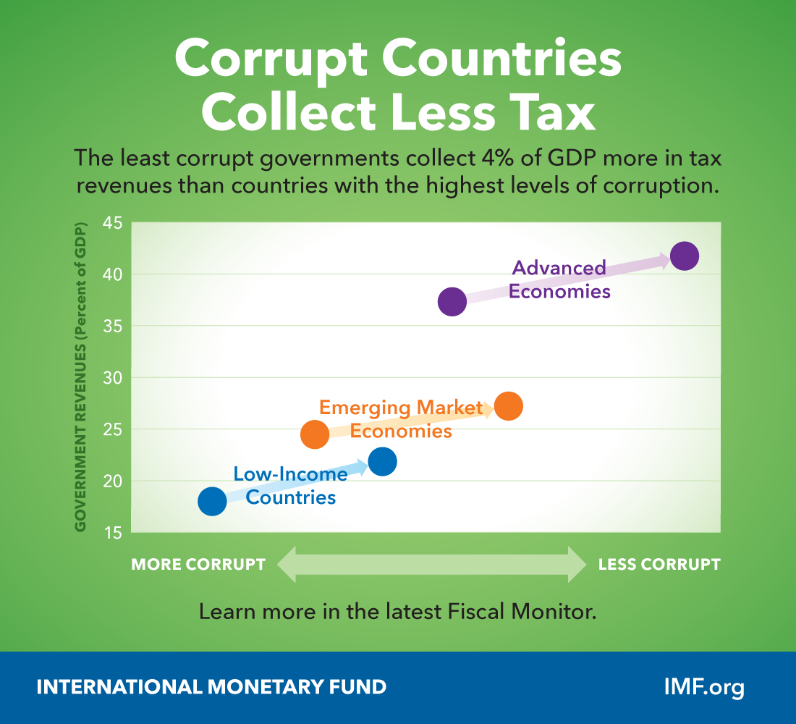 The Chart of the Week from the Fiscal Monitor analyzes more than 180 countries and finds that more corrupt countries collect fewer taxes, as people pay bribes to avoid them, including through tax loopholes designed in exchange for kickbacks. Also, when taxpayers believe their governments are corrupt, they are more likely to evade paying taxes.

The chart shows that overall, the least corrupt governments collect 4 percent of GDP more in tax revenues than countries at the same level of economic development with the highest levels of corruption.

These are just two examples that demonstrate that political will to build strong and transparent institutions can turn the tide against corruption. The Fiscal Monitor shines a light on fiscal institutions and policies, like tax administration or procurement practices, and show how they can fight corruption.