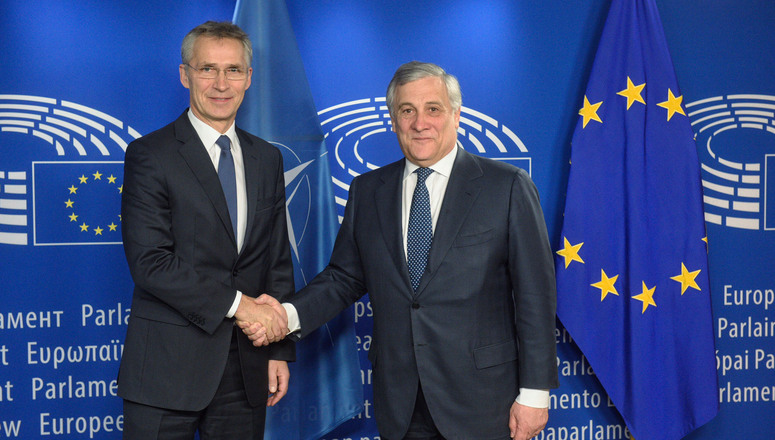 Jens Stoltenberg met Antonio Tajani, the President of the European Parliament yesterday (06 March 2019), as part of the NATO-EU cooperation. They exchanged views on the unprecedented level of cooperation between NATO and the EU, the security situation in and around Europe, European efforts on defence, and other topical issues.

The meeting came a month ahead of NATO’s 70th anniversary and two months before the European elections. Stoltenberg underlined the importance NATO attaches to the European Parliament, as the representative of European citizens. NATO regularly engages with EU Parliamentarians, as part of the active dialogue and cooperation between NATO and the EU. The himself has addressed the European Parliament’s Foreign Affairs Committee on several occasions.

Secretary General Stoltenberg thanked President Tajani for his personal contributions to NATO as a serviceman in the Italian Armed Force, and as a politician.

Cooperation between NATO and the European Union is closer than ever, with 74 common initiatives in areas such as military mobility, training and exercises, and tackling cyber and hybrid challenges.