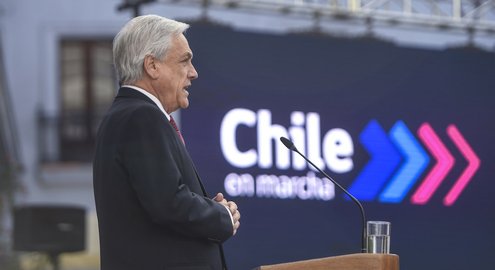 The legislation will establish new international standards, which will encourage growth and investment as well as financial inclusion for small businesses.

The new law, which integrates the Superintendency of Banks and Financial Institutions (SBIF) and the Commission for the Financial Market (CMF), will strengthen the tools that banking regulators have to prevent possible insolvency, which implies taking better care of Chileans’ resources.

“This law seeks to establish the highest quality standards for solvency and transparency in the banking system and financial system so that they can play the important role that they are supposed to play”, the President added.

The law also favors small businesses because it makes it easier for banks to grant credit to this type of company and enterprises, promoting financial inclusion.