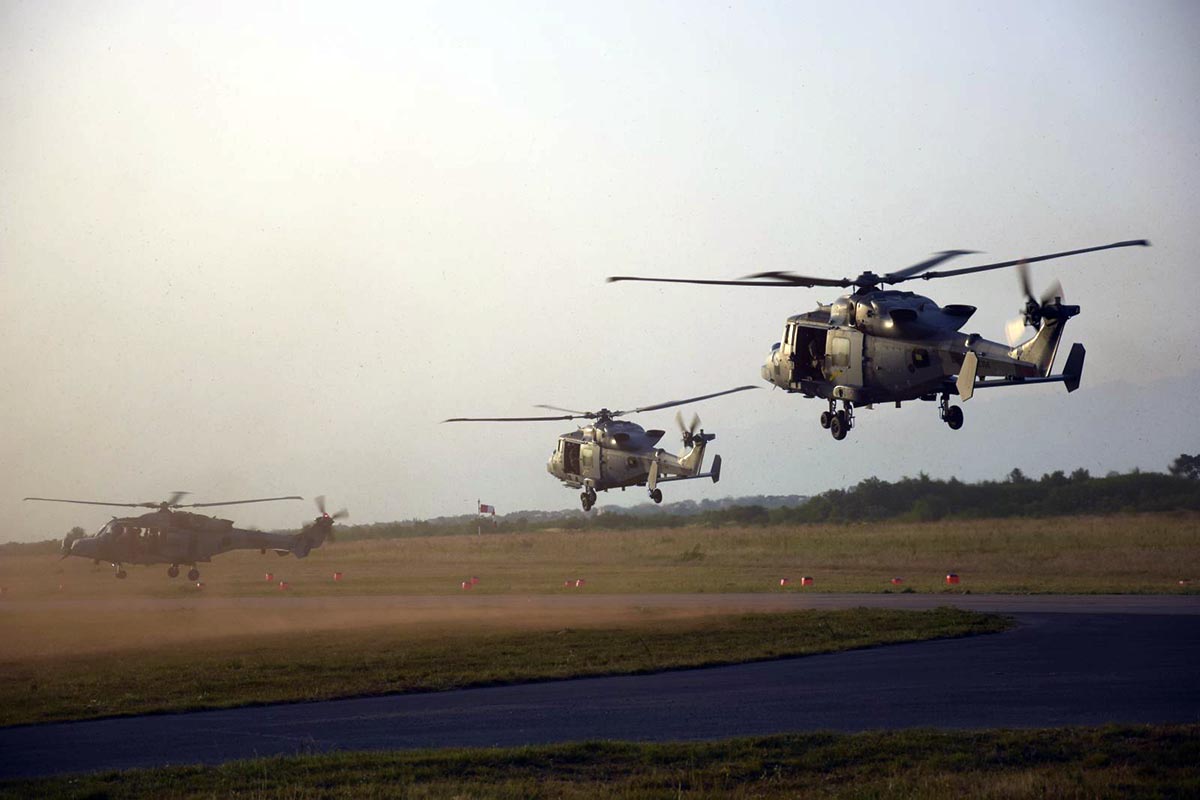 The CH-17 Chinook, AH-64 Apache and  AW-159 Wildcat helicopters of the RAF and NH 90 Caiman and EC-665 Tiger of the  French Air Force on 10 June 2019 landed in the Barracks”Pukovnik Mirko Vukušić” at Zemunik to take part in the multinational exercise “Swift Response 19“.

Exercise Swift Response 19 ends on June 29, 2019, and in the Republic of Croatia is conducted in the Barracks “Pukovnik Mirko Vukušić” at Zemunik and  “Josip Jović” near Udbina and in the training ranges  “Eugen Kvaternik” near Slunj and “Crvena zemlja” near Knin until 29 June 2019.

“Swift Response“ is an exercise of airborne units of the allied air froces (the US, the UK and France). The Croatian contingent are assigned as Opposing Force and consists of a reinforced mechanised company with Patria vehicles of the Croatian Army. Croatia also provides ria host nation support.

The Exercise of the U.S. Army Europe (USAEUR) is conducted in Croatia, Bulgaria and Romania and is  directed by the Global Response Force (GRF), composed of eight NATO nations (Canada, France, Germany, Italy, the Netherlands, Spain, the United Kingdom and the United States.

The objective of the exercise “Swift Response 19“ is to promote stability and security in southeast Europe, the strengthening of partnership and of interoperability among the allied countries.

Ministry of Defence of Croatia