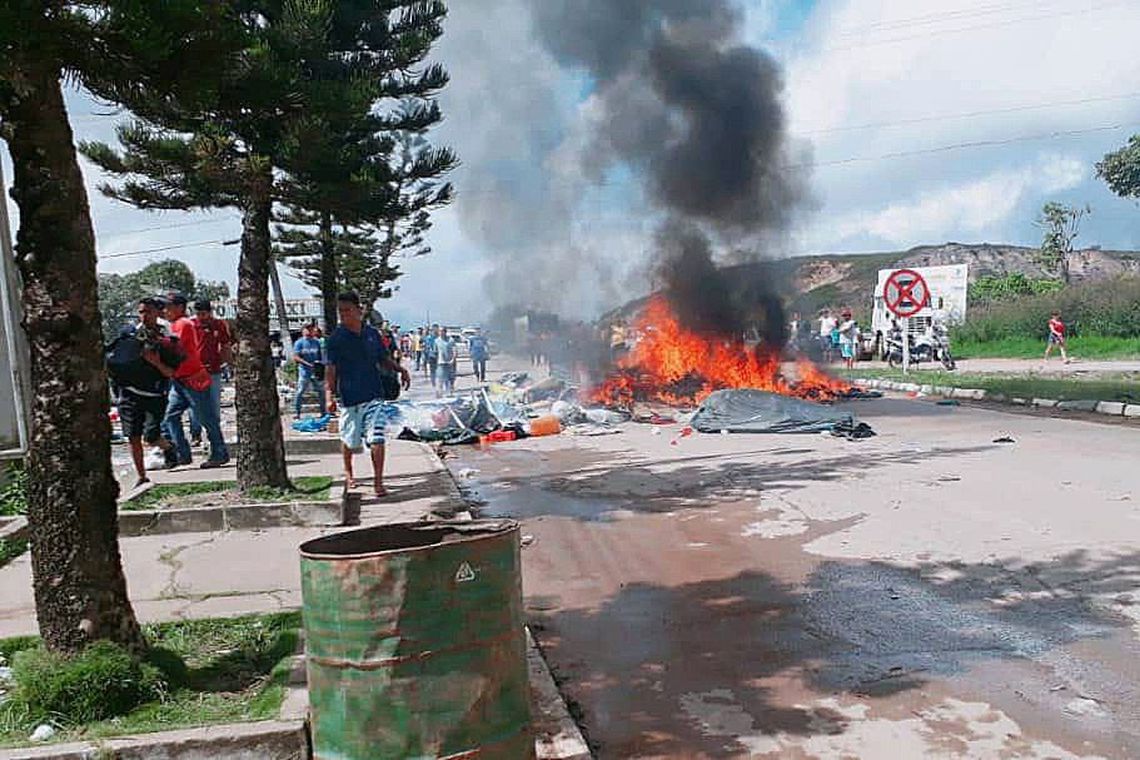 Brazilians burned the belongings of Venezuelans in the border town

Prosecutors in the northern state of Roraima have opened a case into the facts that took place last weekend in Pacaraima, a town on the border with Venezuela. On Saturday (Aug. 18), residents expelled Venezuelan nationals from their tents and shelters and set fire to their belongings, starting a riot against their presence in town.

The investigations started after an attempted murder and robbery were reported on Friday night (17) in Pacaraima. No ambulance was available to take the victim to state capital Boa Vista for medical assistance.

The riot may have been sparked by the news that surfaced on social media that the Army had refused to transport the victim, a note issued by the Prosecution Office says.

“The Prosecution Service further requested that a police inquiry be opened in order to identify and punish the perpetrators, regardless of their nationality. The police will also announce what measures will be taken to ensure the safety of both foreigners and locals,” the note adds.

Pacaraima prosecutors also lodged a motion at the municipal juvenile court in a bid to obtain information on the children and adolescents at risk. Another request was sent to the local hospital for clarifications on the circumstances surrounding the care provided to the victim. The United Nations High Commissioner for Refugees (UNHCR) was also requested to provide data on the current situation facing the sons and daughters of Venezuelan immigrants.

Motions were also filed with the relevant agencies urging anyone who sustained physical injuries during the protests to report what happened.