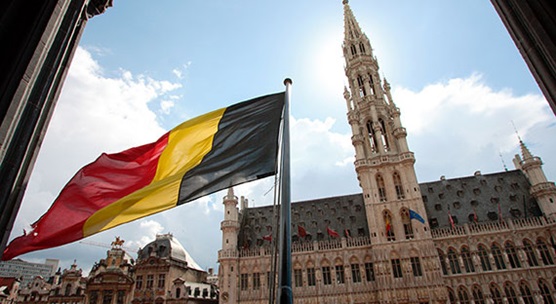 Belgium accounts for less than 3 percent of the European Union’s $17 trillion economy, but it has outsize importance to the financial system. The reason is that Belgium hosts several institutions that provide global services for the settlement of transactions, custody, and payments. Belgium is also home to SWIFT, a critical node of the global payments network.

SWIFT is a messaging service that banks, stock exchanges, and other firms use to transmit instructions to make cross-border payments or settle securities trades. (The acronym stands for Society for Worldwide Interbank Financial Communications.) Think of it as part of the nervous system of global finance.

Not surprisingly, SWIFT is a prime target for cyber thieves eager to get their hands on the electronic money circulating among its 11,000 members. In 2016, hackers stole $81 million from the central bank of Bangladesh using fraudulent SWIFT orders.

Although SWIFT’s core network has not been penetrated by hackers—end users were the entry point—proper oversight of the messaging system is crucial. That is why the IMF examined supervision of SWIFT as part of its periodic Financial Sector Stability Assessment for Belgium. Among the IMF’s recommendations regarding SWIFT:

Apart from SWIFT, Belgium is home to several institutions that provide global services for the settlement of transactions, custody, and payments. These include Euroclear, Bank of New York Mellon Corporation, and Mastercard Europe.

Separately, the assessment found that all systemically important banks in Belgium were resilient in the face of severe shocks, while also pointing to the importance of preserving sufficient capital and loss-absorbing capacity in the Belgian subsidiaries of two big euro area banks. This is needed to ensure their resolvability as part of the resolution of the bank group in the unlikely event of failure.

Overall, the Financial Sector Stability Assessment found that Belgium’s banks have grown stronger and more resilient since the 2008 global financial crisis. But they face some risks from rapid growth in domestic mortgage lending fueled by low interest rates. The assessment recommended that the National Bank of Belgium be prepared to take additional steps to rein in real estate lending, if necessary.

By Javier Hamann and Eija Holttinen

The Grand Palace in Brussels, Belgium: the country hosts several institutions that provide global services for the settlement of transactions, custody, and payments (photo: Caro/Rupert Oberhaeuser/Newscom)