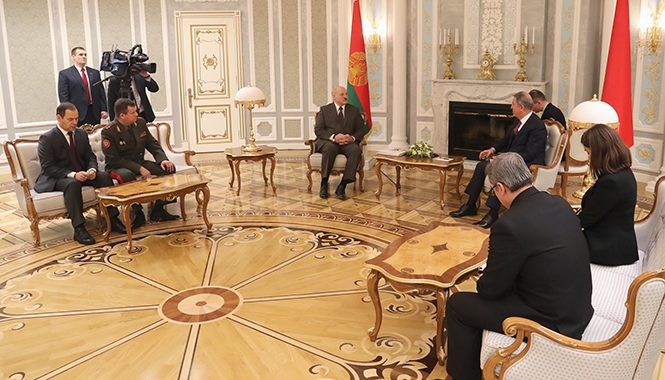 “Belarus has always been a reliable friend of Turkey and will remain committed to this policy. ” Belarus President Alexander Lukashenko made the statement as he met with Turkish National Defense Minister Hulusi Akar on 15 January.

Alexander Lukashenko stated: “We have always been reliable friends and a partner of your country. We’ve always tried to act in ways beneficial to Turkey. And you should know that we will remain committed to this policy in economy, trade, and in military technology cooperation.”

“I am pleased to meet a man, who to a large extent shapes the domestic policy and the foreign policy of Turkey in response to the situation evolving in your region,” said Alexander Lukashenko.

“We understand things are difficult for you. You feel exceedingly massive pressure from very powerful countries. But I think that the people of Turkey are courageous people and in these conditions they will be able to handle the problems, which exist not only inside Turkey but are also forced upon the country from the outside,” stressed Alexander Lukashenko.

Alexander Lukashenko asked to convey his kindest greetings to the Turkish leader Recep Tayyip Erdogan. Alexander Lukashenko said he hopes that Turkey will be able to overcome all hardships and will reach a new stage of development despite everything.

The Turkish national defense minister pointed out that his delegation had intended to visit Belarus for a long time but the visit had been delayed due to bad weather. “We were so much willing [to come here] and we’ve managed to arrive only today,” he added.

Hulusi Akar also conveyed greetings from the Turkish president to the Belarusian head of state as well as an invitation to come to Turkey on an official visit. “The president of the Republic of Turkey looks forward to your visit in the near future,” said the Turkish national defense minister.