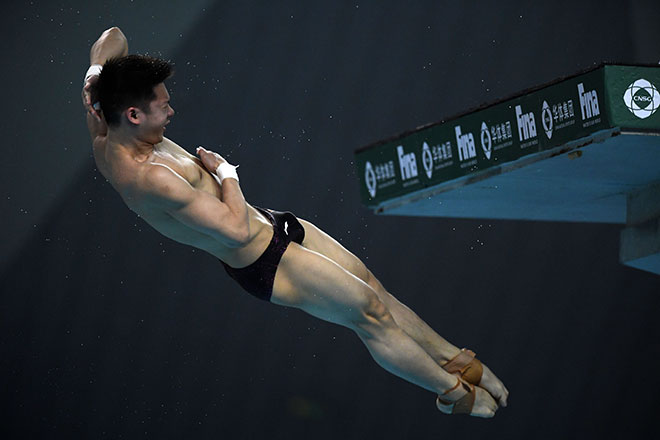 National heroes and Olympic champions Shi Tingmao, Cao Yuan and British stars Thomas Daley and Jack Laugher will lead a total a group of 78 divers from 14 countries ready to compete at the second leg of the FINA/CNSG Diving World Series, from March 7-9.

The Beijing Water Cube is hosting this last major competition before it is transformed into the Ice Cube, the venue that will stage the Beijing 2022 Olympic Games curling competition.

According to Water Cube Director Yang Qiyong, it is the ninth edition of World Series and the last one before the venue makes its transition into the Ice Cube.

China swept all ten gold medals on offer at the first leg of the FINA/CNSG Diving World Series in Japan.