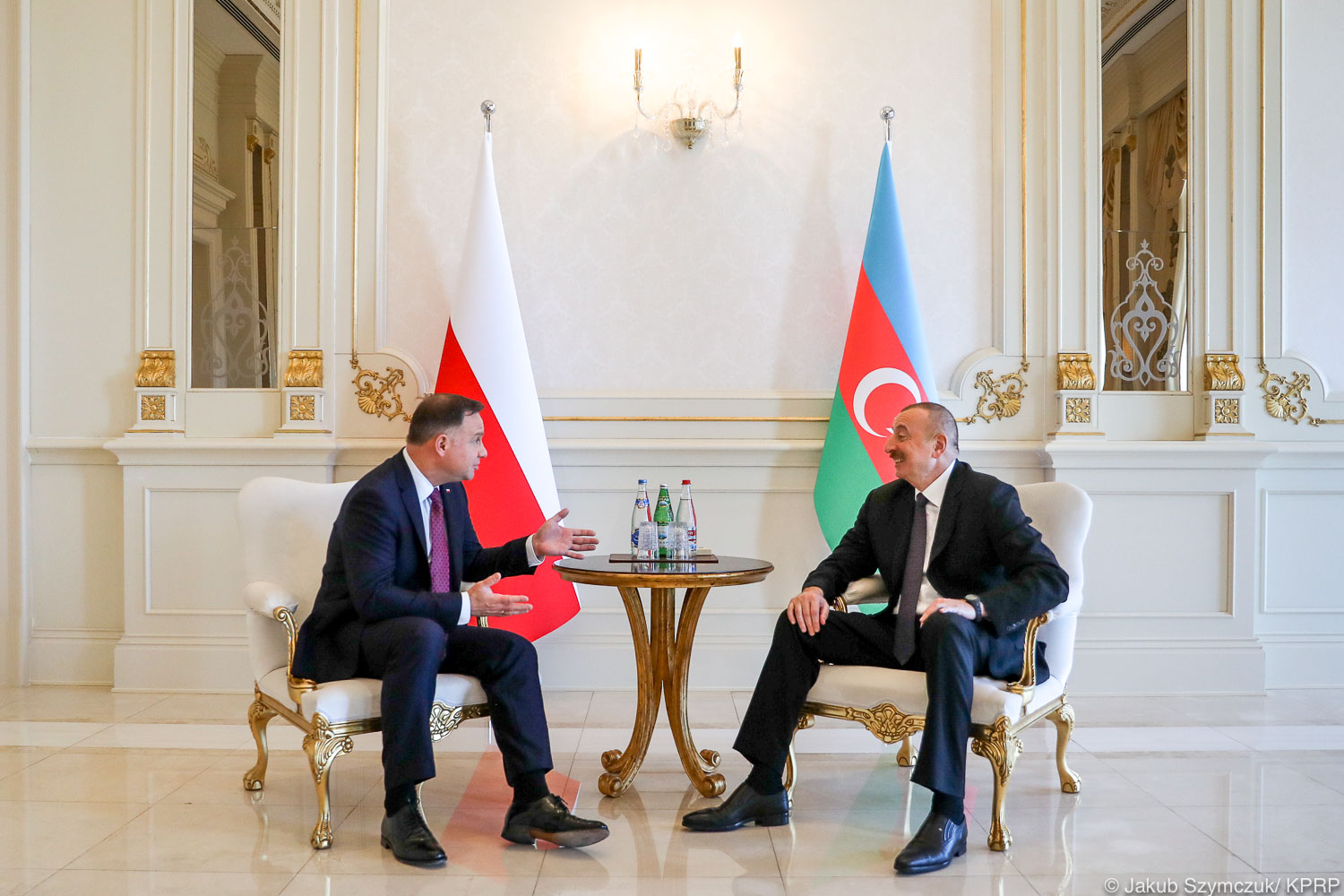 President Andrzej Duda speaking in Baku on Friday said he is sure that both gas and crude will flow from Azerbaijan to Poland in the future.

President Duda started an official visit to Azerbaijan on Friday with a face-to-face meeting with his Azerbaijani counterpart, Ilham Aliyev and later co-chaired Polish-Azerbaijani plenary talks.

Later on, representatives of both countries’ agriculture ministries signed cooperation agreements covering seeds and phytosanitary issues. Also signed was an intergovernmental accord on the exchange and mutual protection of classified information.

President Duda in a statement for the press expressed hope for the further development of cooperation aimed at the setting up and development of a cluster of Polish firms in the Baku-Alat port duty-free zone.

Duda stated that the development of these economic routes is backed by the European Union and expressed hope that Poland will be able to join this process and that Azerbaijani gas and crude will be reaching, among others Poland, via these new transport installations in the future. (PAP)