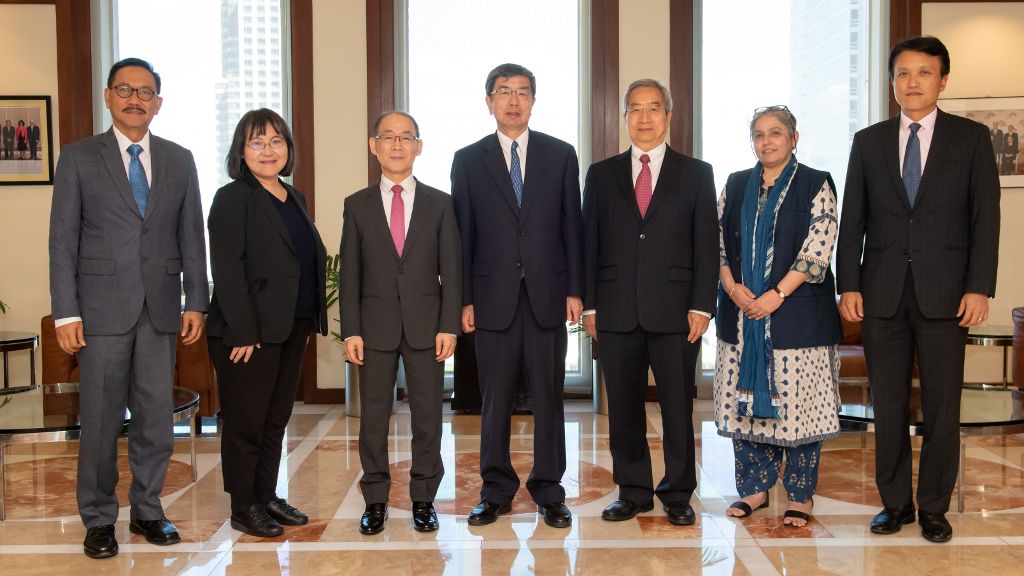 The Advisory Group’s discussions focused on the results and implications of the Intergovernmental Panel on Climate Change (IPCC) Special Report on Global Warming of 1.5°C for developing member countries (DMCs) and ADB’s work in the Asia and Pacific region. The group also considered approaches for effectively tackling climate change, building climate and disaster resilience, and enhancing environmental sustainability. The Advisory Group has been meeting since 2009.

As part of ADB’s new long-term Strategy 2030, the bank has committed to ensuring that 75% of its operations support climate change mitigation and adaptation by 2030, while providing cumulative climate financing of $80 billion from ADB’s own sources between 2019 and 2030.

In his opening remarks, Mr. Nakao emphasized that the bank will scale up support for climate change mitigation by prioritizing investments for low greenhouse gas emission (GHG) energy, implementing sustainable transport and urban transportation strategies, and encouraging DMCs to shift to a low GHG emission development path. On adaptation, ADB will take a comprehensive approach to promote physical, financial, social and institutional, and eco-based resilience.

Mr. Lee explained the main findings of the IPCC report and challenges to achieving pathways consistent with limiting the increase in global warming to 1.5°C. Ms. Takamura mentioned that one encouraging sign in climate actions is the increase in voluntary involvement of nongovernment actors, such as business associations and local communities. Mr. Zhou suggested that countries should regard clear climate targets as important as gross domestic product growth. Finally, Ms. Srivastava, Mr. Steer, and Ms. Tubiana emphasized ADB’s role among multilateral development banks, increased consumer awareness, and clear messages to the public regarding realistic pathways to limit global warming.

In addition, ADB is providing technical assistance in the region, including helping Bangladesh, Indonesia, and the Philippines enhance their capacity for designing and implementing investment projects that strengthen resilience of the urban poor. ADB has also been hosting regional knowledge events such as the 6th Asia-Pacific Climate Change Adaptation Forum in October 2018, which was co-organized with the governments of the Philippines and Palau. The Office of the General Counsel has hosted events on climate and environmental law by inviting judges and other law experts.

ADB is committed to achieving a prosperous, inclusive, resilient, and sustainable Asia and the Pacific, while sustaining its efforts to eradicate extreme poverty. In 2018, it made commitments of new loans and grants amounting to $21.5 billion. Established in 1966, it is owned by 67 members—48 from the region.