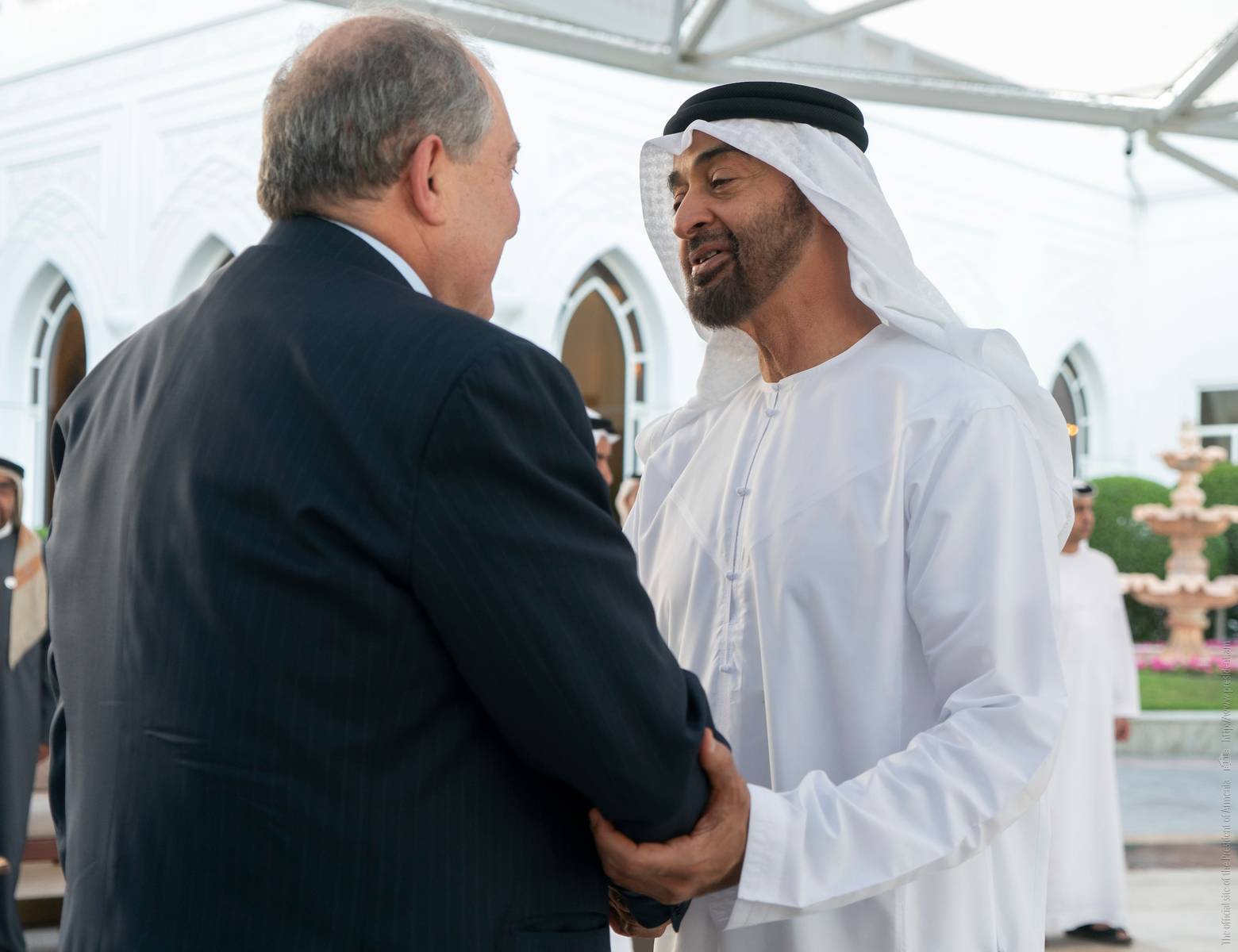 The official visit of the President of Armenia to the United Arab Emirates commenced with the meeting with the Crown Prince of Abu Dhabi, Deputy Commander-in-Chief of the UAE Sheikh Mohammed bin Zayed bin Sultan al-Nahyan.

Expressing gratitude for the warm reception, President Sarkissian said, “Relations between Armenia and United Arab Emirates started during the reign of your father of blessed memory, President of the UAE, Sheikh Zayed bin Sultan al-Nahyan. We cherish the warm relations established between our countries and peoples and we are ready to develop and expand them as much as possible.”

During the warm and candid conversation, President Armen Sarkissian and Crown Prince Sheikh Mohammed bin Zayed bin al-Nahyan discussed the entire range of the Armenia-UAE relations, stressed the importance of the intergovernmental commission in boosting the existing tempo of the trade and economic ties. According to the interlocutors, the commission is a favorable platform to study each other’s markets, to explore possibilities for the mutually beneficial investments as well as to follow the reforms and innovations in the economies of the two countries.

Noting that Armenia views the UAE as an important gateway to the Persian Gulf region and other countries, Armen Sarkissian said that Armenia in its turn might become a bridge for the UAE towards the EAEA and CIS countries and markets.

President Sarkissian and Sheikh Mohammed bin Zayed bin al-Nahyan spoke also about the cooperation in the areas of culture, science, and education, as well as about the existing great potential in the area of tourism. To boost contacts between the peoples of the two friendly states and to increase the level of mutual recognizability, the parties stressed the importance of cultural cooperation and implementation of joint programs.

The President of the Republic of Armenia