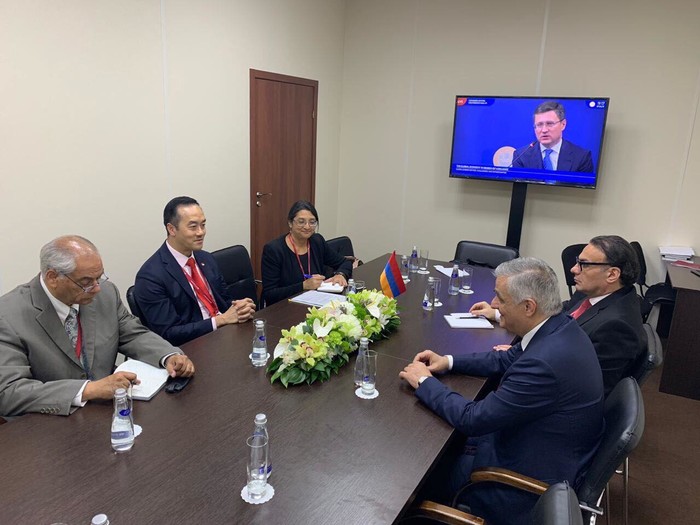 On June 7, 2019, Deputy Prime Minister Mher Grigoryan, who is in St. Petersburg, met with Senior Minister of State for Trade and Industry of Singapore Koh Poh Koon.

The meeting focused on the ongoing negotiations on the free trade agreement between the EAEU and Singapore, which were described as quite effective and constructive.

The Armenian Deputy Prime Minister and the Singapore State Minister emphasized that they would make every effort to complete the negotiations as soon as possible. Both sides considered that the signing of the agreement would give fresh impetus to bilateral relations. Recalling with warmth their meeting about half a year ago, the interlocutors discussed new opportunities of cooperation between Armenia and Singapore.

The Deputy Prime Minister presented the priorities specified in the Government’s program and the rationale behind the proposed reforms. Mher Grigoryan highly appreciated the possibility of sharing experience and expanding bilateral relations with Singapore, which is an exemplary country in the field of reforms.