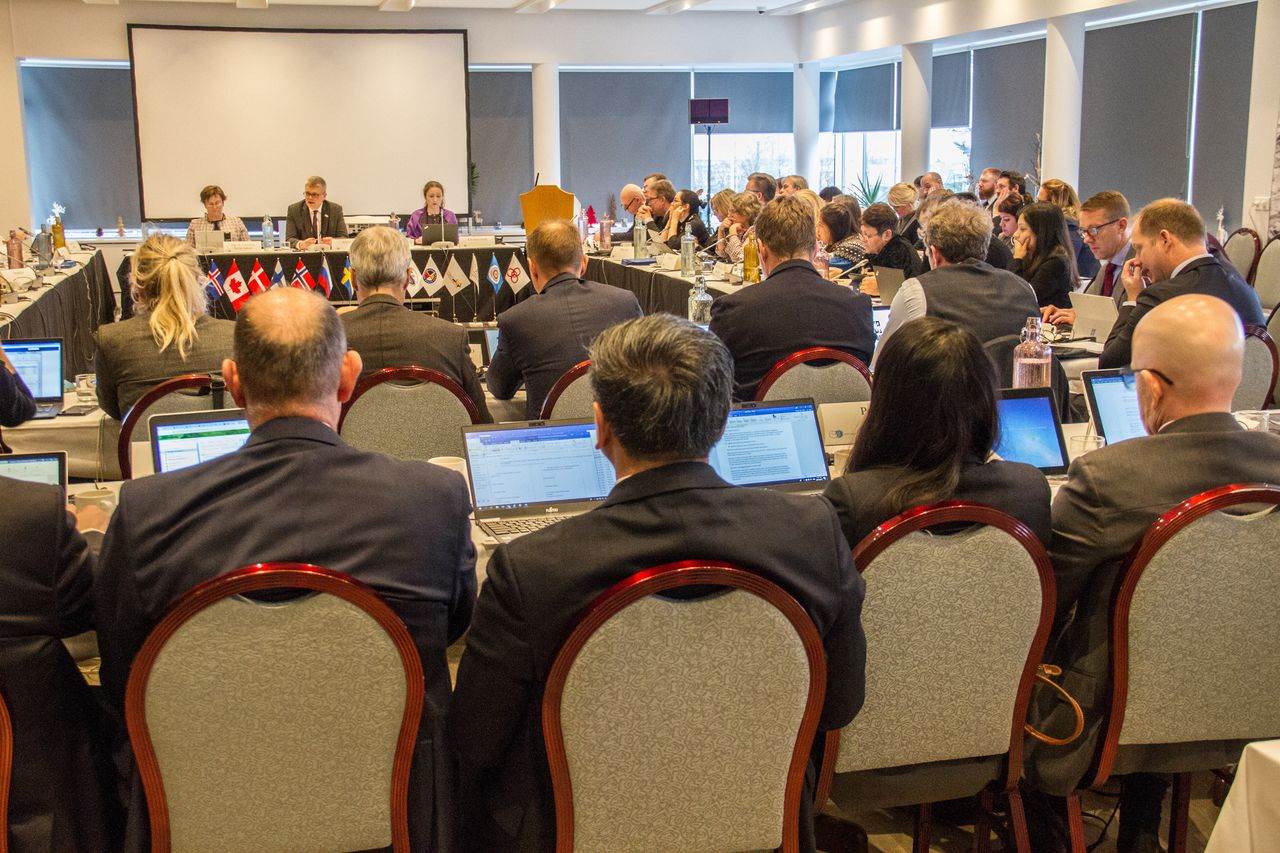 For the first time during the Icelandic Chairmanship, representatives of the eight Arctic States and six Indigenous Permanent Participant organizations, as well as the Arctic Council’s six Working Groups and over thirty Observers, met for a Senior Arctic Officials’ plenary meeting.

More than 120 delegates gathered in Hveragerði, a town in the south of Iceland, to discuss ongoing and upcoming activities of the Council. A special focus was placed on initiatives related to People and Communities of the Arctic, a theme that Iceland has identified as a priority for its two-year Chairmanship term (2019-2021).

“The well-being of the roughly four million people living in the Arctic is central to the work of the Arctic Council – across Chairmanships. We wanted to use this first plenary meeting during our Chairmanship to call attention to the variety of topics our Working Groups are dealing with that affect people and communities of the Arctic”, says Ambassador Einar Gunnarsson, Chair of the Senior Arctic Officials.