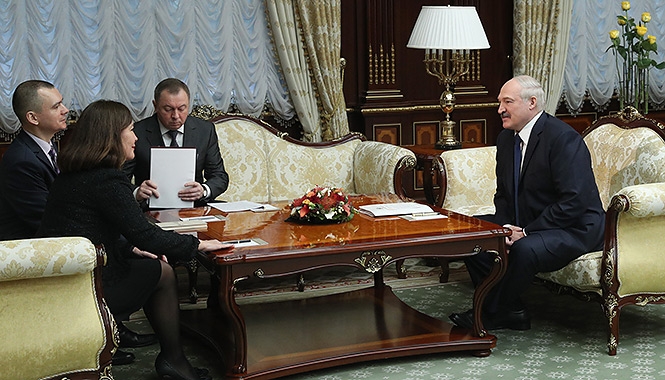 Belarus President Alexander Lukashenko is going to pay an official visit to Turkey in April. The head of state made the statement at the meeting with Ambassador Extraordinary and Plenipotentiary of Turkey to Belarus Kezban Nilvana Darama on 18 March.

“We have met not only because I deeply respect your country and you as a good representative of Turkey in Belarus. There is also a practical side: as far as you know, in mid-April we will have a top-level official visit to Turkey, and the meeting with your President. Therefore, today we need to discuss a number of aspects,” Alexander Lukashenko said.

The session of the Belarusian-Turkish intergovernmental commission will take place in the near future. The head of state believes that it will produce good results in the run-up to his talks with Turkey President Recep Tayyip Erdogan. According to the President, the meeting with the ambassador is the first step in the preparations for the visit.

“So let’s discuss existing issues and problems,” Alexander Lukashenko said. “All good things are visible, it is a pleasure to talk about them. Nevertheless, certain problems always exist, and we need to solve them. Otherwise, it would be unnecessary to meet, hold talks if everything was good. We must address pending issues. I would like us to discuss those problems which, in your opinion, could be solved today, tomorrow and in the long run in an open manner.”

The ambassador said that she would like to discuss a number of issues with the President. She also believes that this meeting is the stage in the preparations for the talks of the heads of state. “We do not see problems in the relations between our countries and are proud of that,” the diplomat stressed.

Office of the President of Belarus