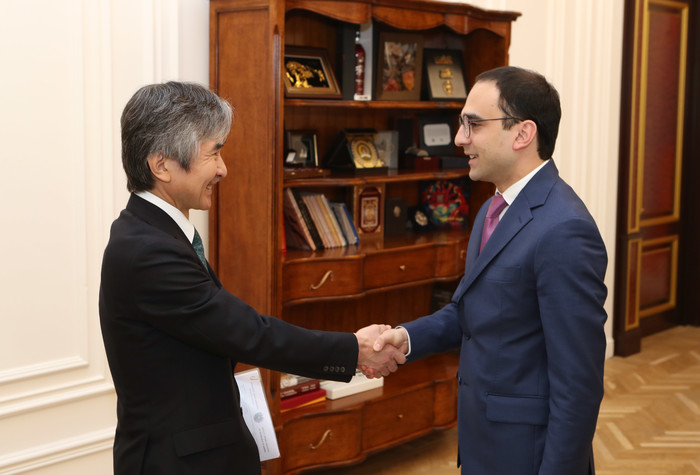 The issues related to the development of trade and economic relations between Armenia and Japan were discussed during the meeting. Tigran Avinyan drew the attention of Ambassador Yamada on the steps taken by the Armenian government to reform the country’s economic system. The Deputy Prime Minister stressed that the Government’s measures have created new opportunities for foreign investors.

Ambassador Yamada commended Armenia’s progress in the field of high technologies, and stressed that Armenia’s experience could serve as an example to many other countries. The Ambassador noted that interested agencies and business cycles of Japan are regularly updated by him on the new initiatives undertaken in Armenia, which are attractive for investments.

The parties next touched upon the Work Armenia program. Highlighting the importance of the successful implementation of the aforementioned project for fostering employment in Armenia, Deputy Prime Minister Avinyan pointed out that it is open for participation of all interested international partners.