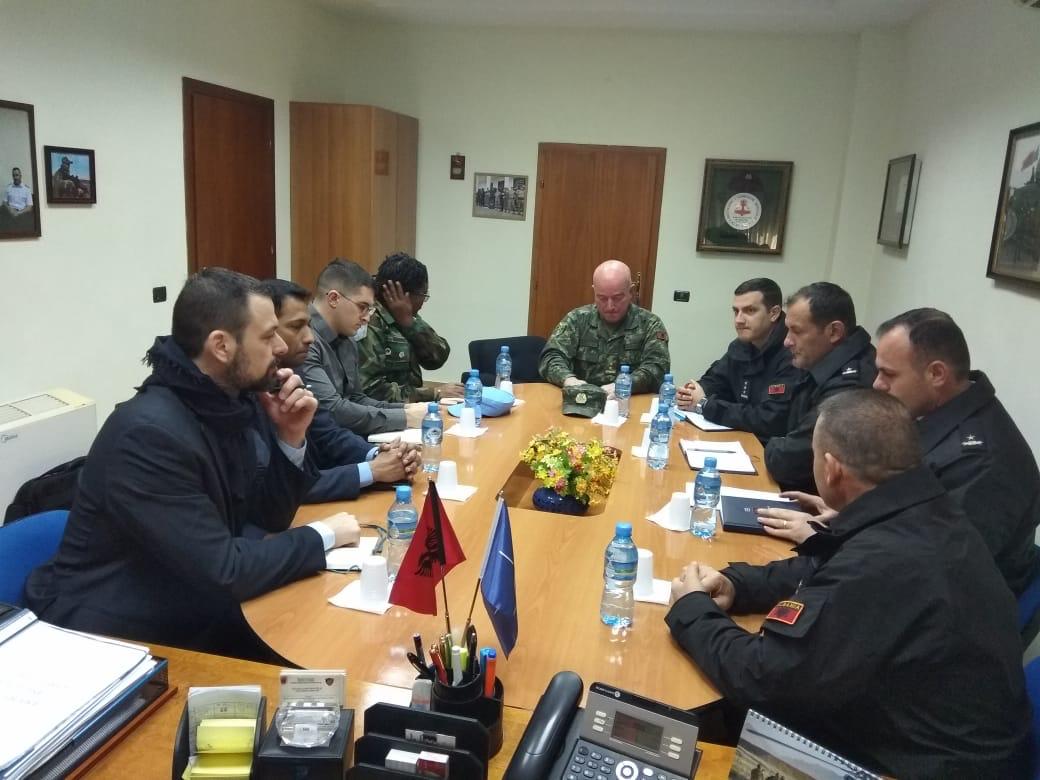 An UN team has conducted an assessment visit to the Armed Forces of the Republic of Albania on the declared capabilities of the AAF in the UN system to engage and use if required in missions.

The assessment team comprised of UN personnel and the European Command of American Forces was introduced through a presentation at the General Staff, with the capacities and capabilities of the AAF to contribute to possible UN led missions.

During the assessment visit of the UN team, through some demonstrative lessons developed by the Commando and Military Police Battalions and EOD, it was possible to get familiar with these other capacities, which the Armed Forces are ready to engage if requested by the UN. Meanwhile, AAF is in the final stages of preparing to send two female staff officers to a peacekeeping UN led mission in South Sudan.

At the end of the assessment visit, which is in a continuation of communications and efforts of the Albanian Armed Forces, to engage in missions led by the United Nations Organization, was agreed on subsequent steps to be followed to make these efforts probable.