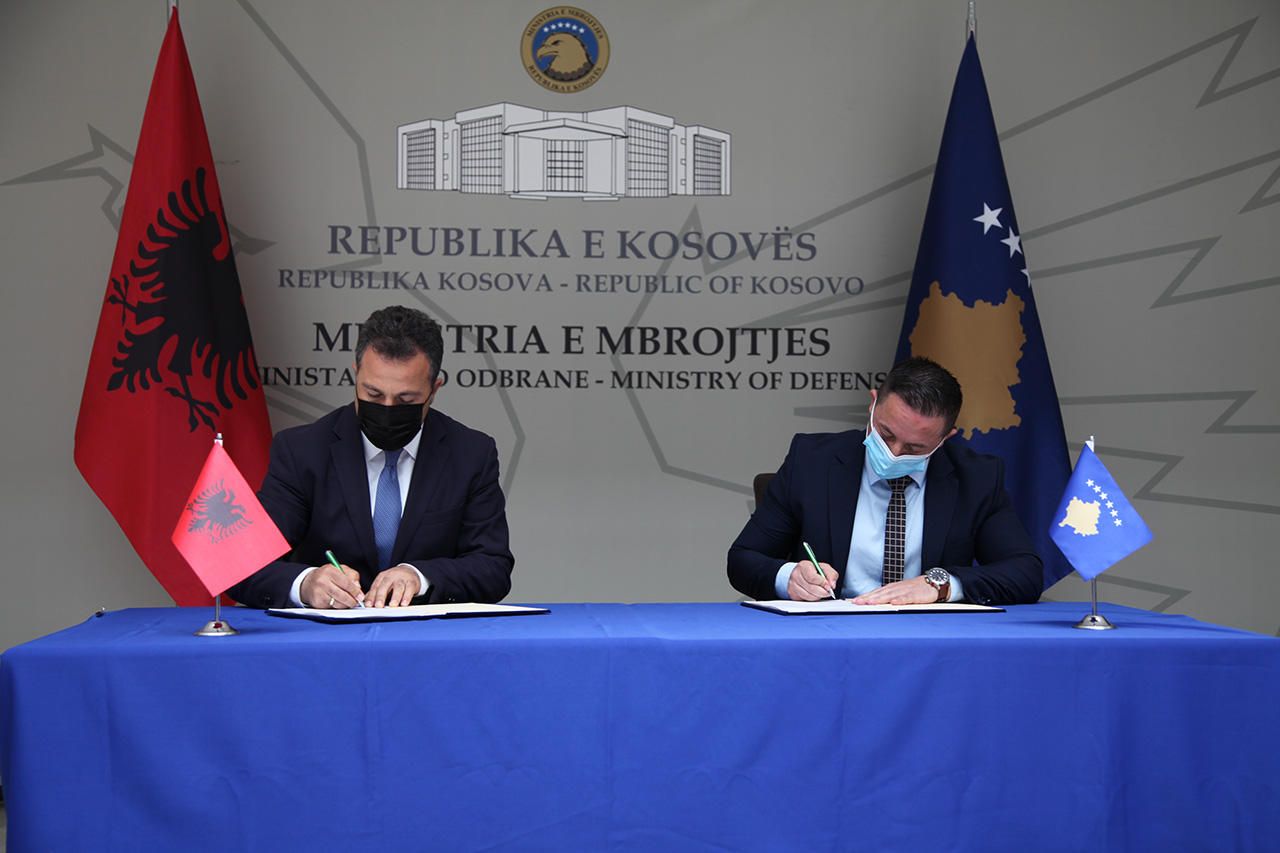 Defense Minister Niko Peleshi said that the full membership of the countries of the region in the NATO Alliance means more security.
“We strongly hope that the time has come for the Republic of Kosovo, with the help of allies, partner and friendly countries, to overcome all the barriers that prevent it from moving forward on the Euro-Atlantic path. The full integration of the Balkans in NATO means more security, stability and democracy not only for these countries but also for the Alliance. Moreover, integration is a common dream of the people of the Balkans, who deserve to be rewarded for their sacrifices. “, – said Defence Minister Niko Peleshi.

At the end of the meeting, Minister Peleshi invited his counterpart for a visit to Tirana, while expressing his personal commitment to open a new and very intensive chapter of cooperation in the Field of Defense that will continue with the implementation of jointly planned activities.