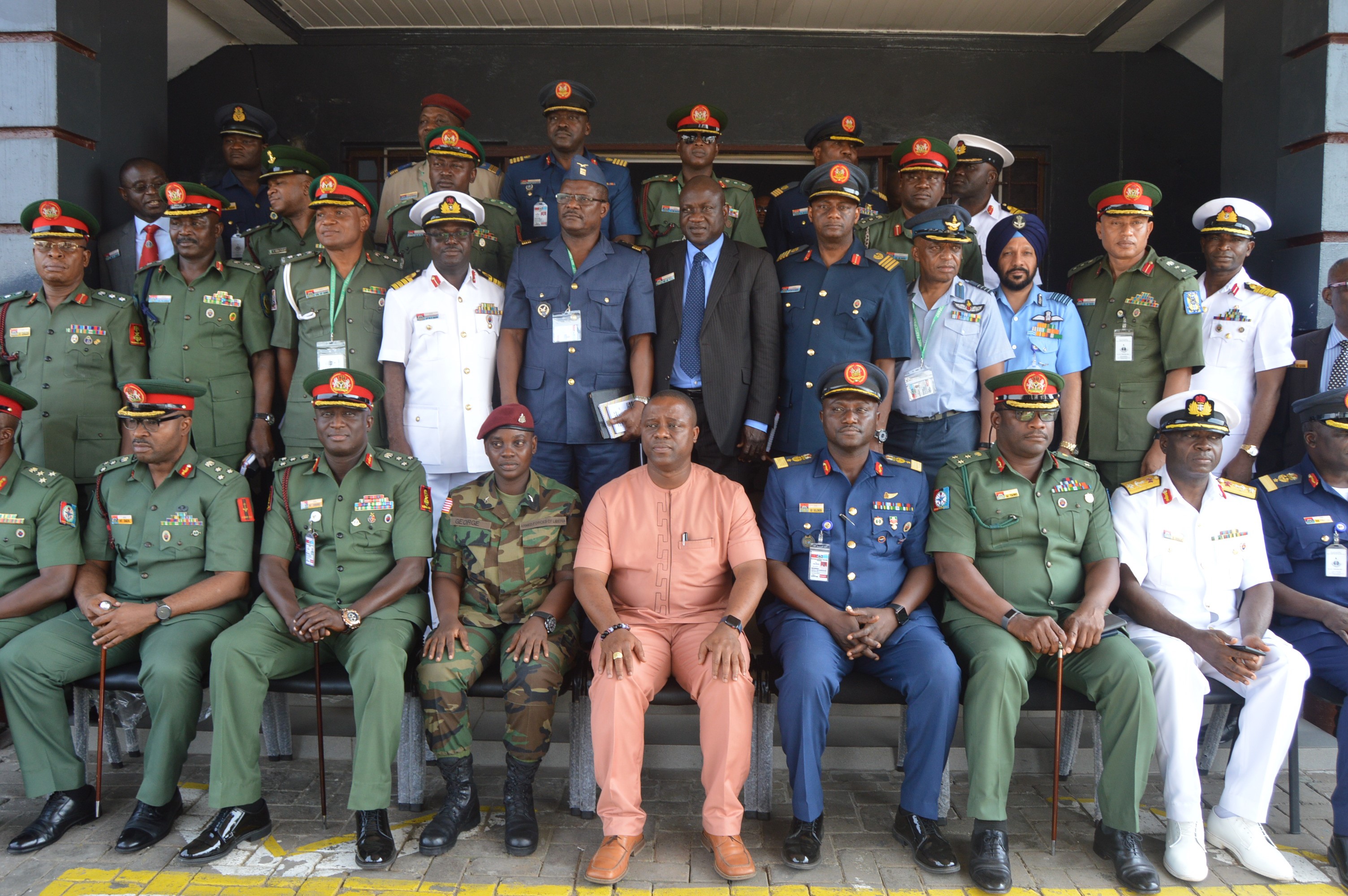 A visiting team from the Nigerian National Defense College has arrived in on a one-week study tour program to get firsthand information on the lesson learned from the Liberia Civil War that could be used for future crises prevention in West Africa.

The study tour is being held under the theme: “The Role of the Military in Democratic Governance, and National Development”.

In a round table discussion with officials of the AFL and the Ministry of National Defense, Deputy National Defense Minister for Administration, T. Olandrus Dickson recounted what he termed as the “Dark history” of the Armed Forces of Liberia during the Liberian civil crisis, which he said contributed to the dissolution of the force in 2006. He informed the team that the new Armed Forces of Liberia, which was created as the result of the dissolution in 2006, is now contributing to the overall national development of the Country. Minister Dickson said the Liberian Military is now part of a regional process to restore peace and security in some parts of Africa.

He said the AFL as a “Force for Good”, is more focus on building a relationship with the people of Liberia by engaging in productive programs in order to build public confidence in the new army.

He lauded the Nigerian Military for its overwhelming support to the formation of the new Liberian Military, stressing that Nigeria’s contributions to the AFL have placed the army in a position to contribute to the rebuilding process of the country. He further stated that as part of the rebuilding process, the AFL is currently involved in the reconstruction of roads, hospitals, medical outreaches and other civil activities around the country.
Commenting earlier, Armed Forces of Liberia Chief of Staff, Maj/Gen. Prince C. Johnson, III commended the Nigerian Defense College for including Liberia in the tour of five countries in Africa.

He assured the Nigerian Military delegation that AFL will continue to remain steadfast and do away with acts that will undermine its professionalism in the development of the Country. The Liberian Army Chief of Staff said the AFL is cognizant of its past history that made the Liberian military the seventh worst faction in the Liberian Civil War according to the Liberian TRC report and will, therefore, promote values that will enhance democratic governance and national development.

For his part, the team leader, BD Solomon, a faculty member of the Nigerian Defense College informed the Minister that they were in the Country to conduct fresh hand information on the learned on Liberia Civil War that could be used for future crises prevention in West Africa.

Ministry of Defense of Liberia