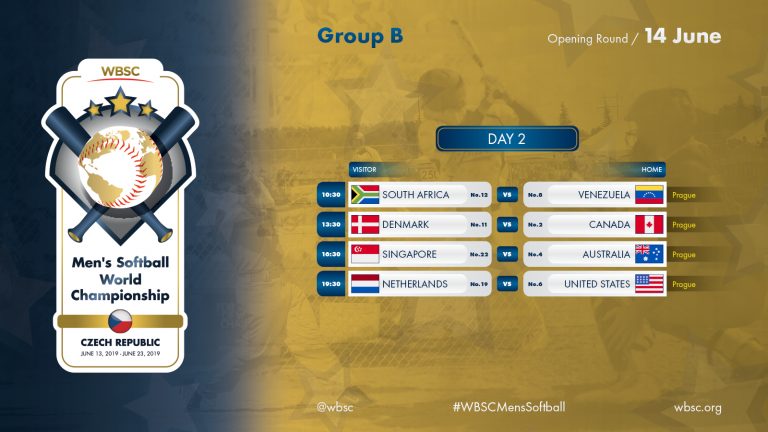 Today marks 50 days before the first pitch of the WBSC Men’s Softball World Championship 2019, the world’s highest-level softball competition, which will be played in Prague and Havlickuv Brod, Czech Republic.

The pinnacle men’s softball event will be played for the first time ever in Europe and will open on 13 June, World Softball Day. The best 16 softball teams in the world will gather in the Czech Republic to battle For the Title of World Champion.

A 72-game schedule was announced for the global competition, with National Teams coming from all five Olympic continents.

Group A houses defending world champion/top-ranked New Zealand along with No. 3 Japan, No. 5 Argentina, No. 7 Czech Republic, No. 9 Mexico, No. 13 Botswana, No. 17 Philippines and No. 24 Cuba.

This Group showcases the other three nations that have won it all: USA (5), Canada (4) and Australia (1).