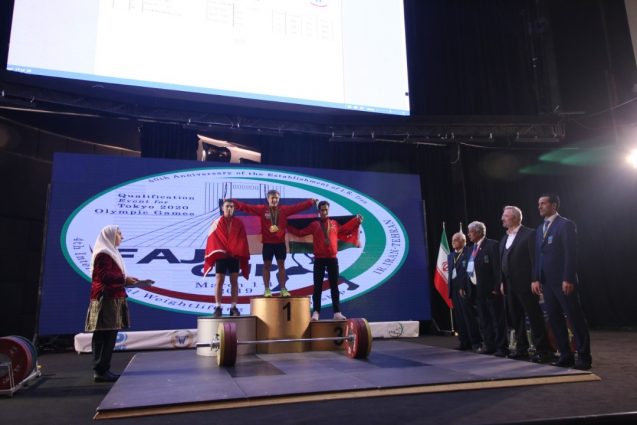 A major qualification event for Tokyo 2020 was organized in Tehran, the capital city of the Islamic Republic of Iran in March this year.

The fourth edition of the Fajr Cup was organized according to the new qualification method with the 7 new Olympic bodyweight categories.

The field wasn’t big, 35 men weightlifter from 10 countries participated. The quality of the Cup was mainly secured by world-class Iranian weightlifters such as ROSTAMI Kianoush, HASHEMI Ali, DAVOUDI Ali and SOLEYMANI Alireza.

The host country reached 461 points in the men’s team classification, with a significant advantage over Germany (362) and Iraq (283).

In respect of individual performance, Olympic and World Champion Rostami was outstanding, who won the 2006 Rio Olympics in the 85kg bodyweight category, but this time competed in the 96kg category to win it all with 392kg Total.