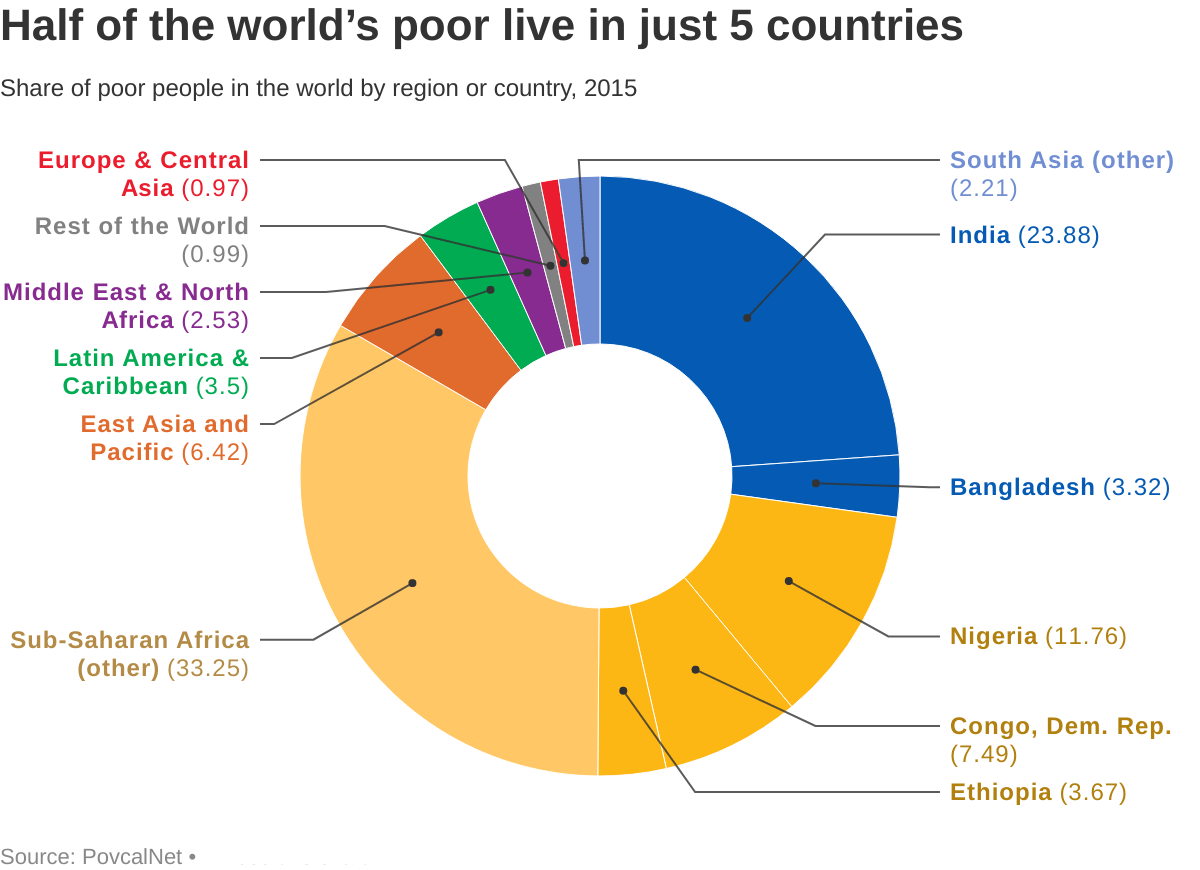 More than a third of the world lived in extreme poverty 30 years ago. Today, less than 10% of people live on $1.90 a day or less. Between 2000 and 2015, 15 countries lifted 802.1 million people out of extreme poverty, according to a new analysis of World Bank poverty data. These 15 countries had the highest poverty reduction rates among 114 countries with comparable data. Seven were in Sub-Saharan Africa. Two of the African countries were also classified as fragile, lending hope that reducing poverty is possible even in the most challenging conditions.

Half of the world’s 736 million extremely poor people lived in just 5 countries in 2015: India, Nigeria, Democratic Republic of Congo, Ethiopia, and Bangladesh, according to the most recent comprehensive data available. To reduce extreme poverty globally, it’s therefore crucial to accelerate progress in these five countries and throughout South Asia and Sub-Saharan Africa, home to 85% (629 million) of the world’s extreme poor.

A million species are threatened with extinction

Biodiversity is declining faster than at any time in human history. About a million species out of an estimated 8 million face extinction, many within decades, according to a global assessment by the Intergovernmental Science-Policy Platform on Biodiversity and Ecosystem Services. Today, the extinction rate is tens of hundreds of times higher than over the past 10 million years and this loss is mostly driven by human activities including:  changes in land and sea use; direct exploitation of organisms; climate change; pollution; and invasive alien species. Biodiversity underpins many ecological services to humans, and its loss affects people’s livelihoods, water supply, food security, and resilience to extreme weather events. Without action to conserve and more sustainably use nature, global goals related to poverty, hunger, health, water, cities, climate, oceans, and land are at risk.