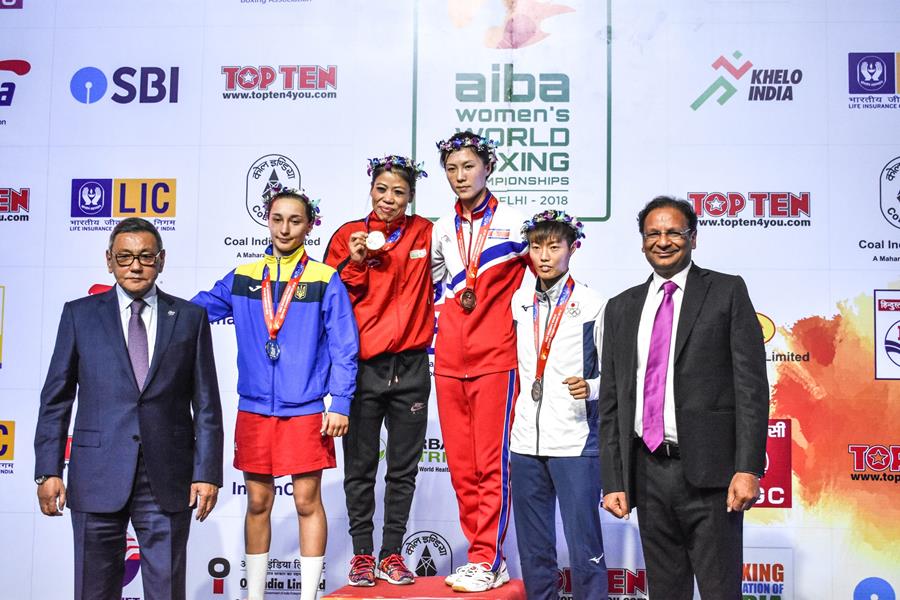 The Indira Gandhi Stadium Sports complex was taken over by world-class boxing for one last Session of the 2018 AIBA Women’s World Boxing Championships on Saturday, with ten new World Champions being crowned from 6 countries. After 267 bouts, 21 nations received at least one medal of the most prestigious competition in women’s boxing, proving the good health and the expansion of the women’s noble art. It was a mighty night for China stepping on top of the podium 4 times and Chinese Taipei reaching the gold twice, while India, DPR Korea, Germany, and Ireland took home one gold medal each.